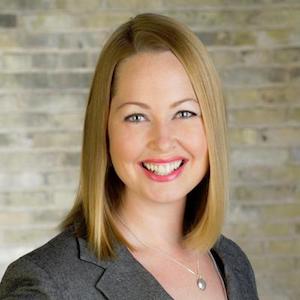 Community and business leader Kate Fenske has been named the new CEO of the Downtown Winnipeg BIZ.

Fenske most recently held the position of regional manager of public affairs for CN, based in Winnipeg.

She was recently named the incoming chairperson of the Winnipeg Chamber of Commerce, but will instead now work closely with the organization through her new role at the BIZ.

“When we learned of Stefano Grande’s departure we knew it was going to take a special person to replace him,” said BIZ board chair Diana Wiesenthal.

“For those reasons we were thrilled to find someone of Kate Fenske’s calibre and have her join us so soon to make this as smooth a transition as possible.”

Fenske is a broadcast journalist graduate from Mount Royal University in Calgary and previously worked as a reporter, editor and producer at major local and national media outlets in Manitoba and Toronto.

Fenske replaces outgoing CEO Stefano Grande, who is the soon-to-be CEO of the Children’s Hospital Foundation of Manitoba. She begins her new role on October 1.