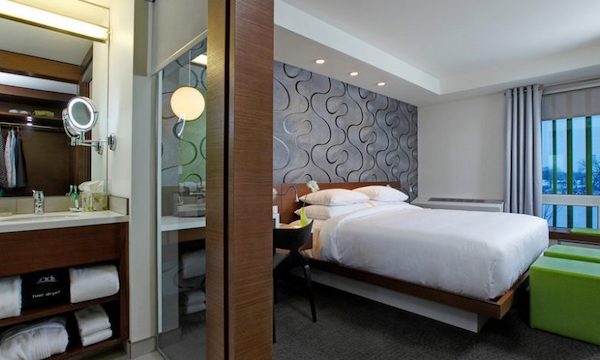 Mere Hotel is one of three Winnipeg hotels chosen as the 50 best in Canada. (MERE HOTEL)

Three Winnipeg hotels have been named among Canada’s best places to stay, according to travel website Hotel-Addict.com.

The website ranked the country’s 50 best hotels, as chosen by a team of experienced travel writers and editors.

Mere Hotel on Waterfront Drive came in at No. 27, followed by local favourites Inn at The Forks (No. 40) at The Fairmont Winnipeg at No. 42.

Of the Mere, the website writes, “This gem of a hotel touts itself as offering “simplicity” with “just the essentials” but very few midrange hotels can boast a Nespresso machine and Molton Brown toiletries in its rooms.”

“There were some hotels we all agreed should be on the list; others, we discussed and, yes, there was even some cajoling involved as we stood up for our favourites,” said Janice Tober, executive editor of Hotel-Addict.com.

“The process was intensive and included looking at numerous readers’ suggestions. It took us several weeks of careful review before we created the best 50.”

The country’s top hotel, according to the website, was The Fairmont Empress in Victoria, B.C.