Design Winner Chosen for Market Lands Development in the Exchange 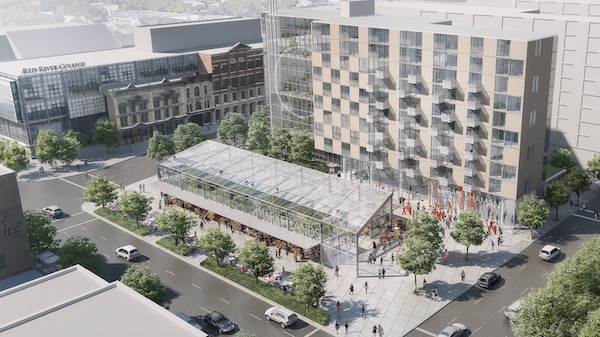 An artist’s rendering showing the winning design of the southern parcel of the future Market Lands development in the Exchange District. (CENTREVENTURE DEVELOPMENT CORPORATION)

WINNIPEG — A design contest to fill a soon-to-be vacant parcel of land in the Exchange District has itself a winner.

CentreVenture Development Corporation announced Friday that Daoust Lestage of Montreal had the winning submission for what the Market Lands development should look like.

Called “New Market Square,” the southern portion of the development will be situated on the Public Safety Building site, which has yet to be demolished, but sits vacant. The building is the former home of the Winnipeg Police Service and also houses the former Civic Centre parkade.

“The jury was impressed by the high quality of all the five submissions and was so grateful for the effort and thoughtfulness applied,” said architect Dudley Thompson, professional advisor to the design competition.

“The winning design best responded to the competition program and presented the most successful concept to achieve a wonderful new destination in downtown Winnipeg.”

The goal of the competition was to solicit design concepts for new affordable housing, a public market, and plazas on the southern parcel of the Market Lands site, integrated into the surrounding context of the Exchange District. 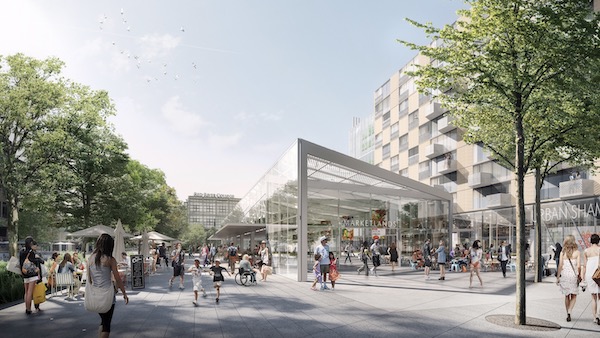 CentreVenture says five teams were short-listed of the 23 who submitted their designs, which were judged by a jury of architects and business professionals.

Construction of the project is expected to begin sometime in 2020.