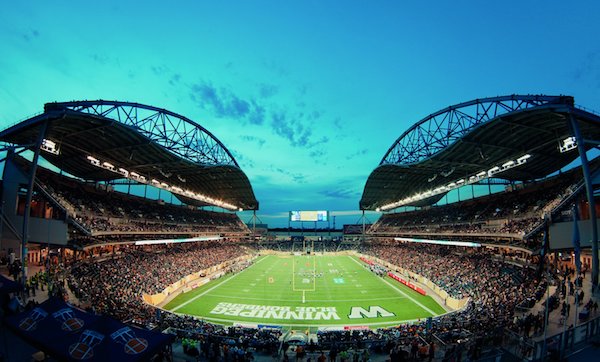 The Winnipeg Blue Bombers are in the black to the tune of $2.6 million in profit, according to the team’s 2018 annual report.

“We are pleased with our overall financial results for 2018,” said Wade Miller, Bombers’ president and CEO.

“These results are a testament to the strong support from our fans, season ticket members, and corporate partners. Our team should be proud of our financial results.”

The Winnipeg Football Club says total operating profit was down from 2017 as there weren’t as many events scheduled at Investors Group Field.

Total operating revenue reached $33.4 million (an increase of $970,000 over 2017) and is attributable to the club’s decision to internalize food and beverage operations at IGF in 2018. The Bombers say that was offset by decreases in game revenue which was down $1.4 million (10.5%) as the club did not host a home playoff game in 2018, and stadium management revenue which was down $1.8M in comparison to 2017.

Operating expenses totalled $30.8 million, an increase of $3.4 million, while overall football operations expenses were up by $470,000 with the Bombers playing in both the West semifinal and final.