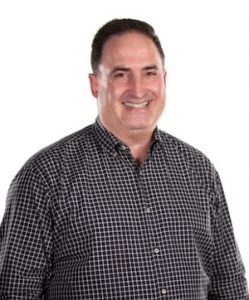 Longtime Winnipeg broadcaster Joe Aiello has been promoted to program director for both of Corus Winnipeg’s FM radio stations.

Aiello will lead the teams at Power 97 and Peggy @ 991, effective immediately, while also maintaining his on-air role weekday mornings on Power 97 with Philly and Kirby.

“Right from the start, Joe fit the program director role like a glove — this comes as no surprise to anyone that knows his creativity, radio smarts, people skills and passion for the business,” said Brad Phillips, VP and head of FM Radio, Corus Entertainment.

Aiello had been serving as interim program director since September 2018.

Aiello, a Winnipeg native, is a nearly 32-year radio veteran and was awarded the Broadcast Excellence Award by the Broadcasters Association of Manitoba in 2018.

Outside of the radio studio, Aiello is currently working on a hospitality venture as part owner of the future Frankie’s Italian Kitchen and Bar in the Seasons development in south Winnipeg. The restaurant is a product out of Vancouver and will be the chain’s third location.