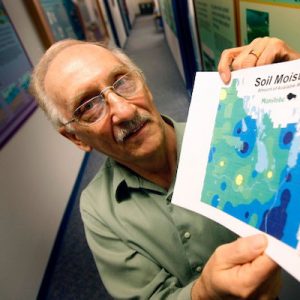 A man whose name became synonymous with Manitoba flood forecasting has died after a battle with cancer.

Alf Warkentin passed away on June 14, according to an obituary. He was 77.

Warkentin guided Manitoba through some of the worst floods in the province’s history, including the Flood of the Century in 1997.

Warkentin was often seen on television and in newspapers every spring as he delivered his trusted flood forecast to Manitobans. He retired in 2011 after 41 years on the job and later became a hydrometeorology consultant.

Warkentin is survived by his wife, two daughters and son.

A memorial will be held on July 6 at Westwood Community Church beginning at 2 p.m. In lieu of flowers, donations can be made to Agape Table.