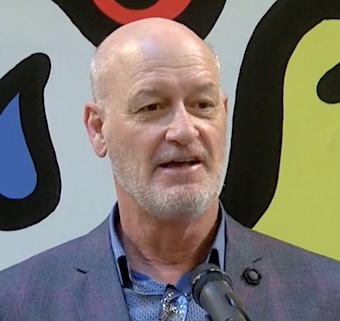 Paul Jordan, CEO of The Forks, speaks during a news conference on January 24, 2020. (CHRISD.CA FILE)

WINNIPEG — The Forks has announced the retirement of CEO Paul Jordan.

In a brief statement Tuesday, the board directors of The Forks North Portage Partnership says Jordan intends to retire but will remain in his role until the selection of his successor.

“During his tenure, he has played an instrumental role in creating the city’s award-winning meeting place, The Forks. The site, which began as an abandoned brownfield and former railyard when Jordan began his career, now welcomes 4 million people annually and plays host to hundreds of events,” the statement read.