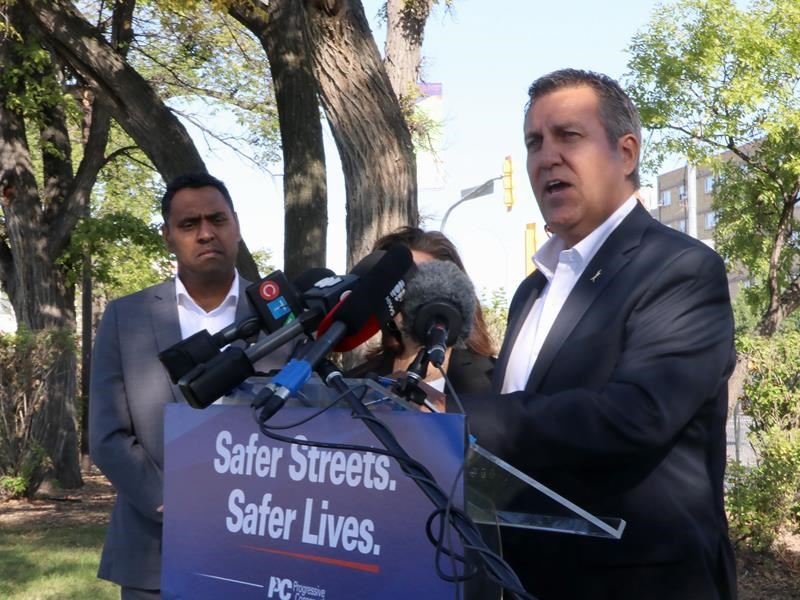 Cliff Cullen speaks during an announcement outside the Health Sciences Centre, in Winnipeg on Thursday, Aug. 22, 2019. (THE CANADIAN PRESS/Kelly Malone)

The schools will be located in the newly-named Qualico development of Bison Run, between Waverley Street and Kenaston Boulevard.

Construction is scheduled to begin on the high school later this month with the elementary school construction having started in August.

The province says it’s working with Pembina Trails School Division on the 21-acre school campus, with construction totalling $67.8 million as the initial investment by the province toward the creation of the community campus for Waverley West.

Cullen said the two-storey, 81,400-sq.-ft. elementary school will have an overall capacity of 800 students with a target completion date of December 2022. The three-storey, 116,950-sq.-ft. high school has capacity for 1,200 students and is scheduled for completion in June 2023. The design will also feature a centralized, safe common area facilitating bus and parent drop-off.