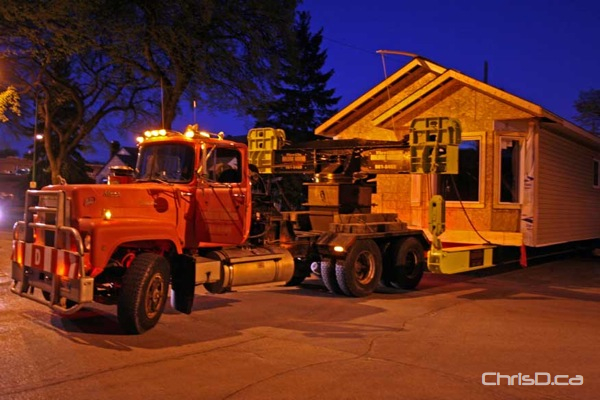 The home that was built by the generosity of local volunteers on a flatbed trailer in downtown Winnipeg, has moved to its permanent location on Charles Street. The residence will be bustling with activity, as Tara and Ernie, along with their six children aged 4 to 19, move in.

Habitat for Humanity was behind the project, which began on May 11 in the yard of St. Mary’s Cathedral.

The 900-square-foot bungalow was moved during the wee hours of Thursday morning, not Friday as reported earlier. 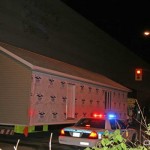 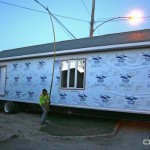 ← Previous: Winnipeg, As Seen Through the Eyes of Youth Next: Black vs. White -- Moose Colour Controversy Continues →
Tags: Habitat for Humanity