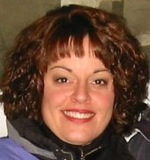 Middays on country station QX104 FM won’t sound the same after Karen Black was let go. ChrisD.ca has learned the on-air personality, who was also music director, is no longer part of the station as of today.

Black first began at QX104 in 1996 and has won several awards from the Canadian Country Music Association since then.


Besides her radio duties, she is also a freelance voice-over artist, having done work for CTV in the past.


No one at QX104 was available for comment regarding Karen Black’s dismissal.