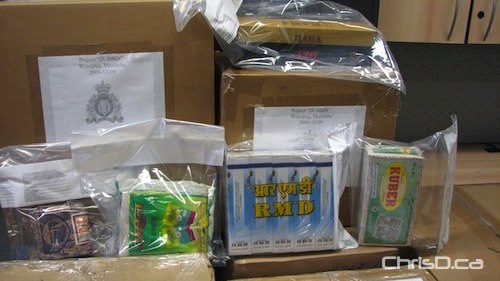 A Winnipeg business is at the center of an RCMP investigation surrounding an illegal shipment of contraband chewing tobacco from India. Canada Border Services Agency (CBSA) intercepted a package destined for the two India Spice House locations in the city on December 3 that was mislabeled in order to deceive border officials.

Two search warrants were executed on the businesses and a total of 330 lbs of contraband chewing tobacco was seized.

The shipment — estimated at $25,000 — is believed to have made its way into Canada thru the United States, but originated from India.

A 50-year-old man and his 53-year-old wife from Winnipeg, will be facing a number of charges and will appear in Winnipeg court on March 22, 2010.

Anyone with any information on contraband tobacco products is asked to contact the RCMP Winnipeg Customs and Excise Section at (204) 983-5423 or via e-mail at [email protected] or Manitoba Crime Stoppers at 1-800-222-(TIPS) 8477. 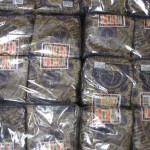 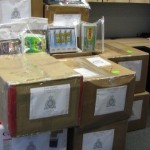