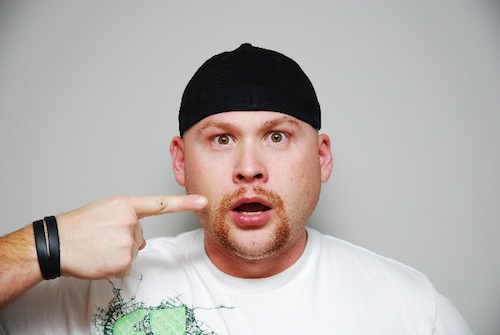 CURVE 94.3's Jay Richardson grew this bad boy on his face last year for Movember. We'll be following his progress once again. Check back every week for Movember Mondays.

November is here, err, that would be Movember — the only month of the year many men can get away with growing ugly facial hair while still being accepted into society.

Local teams have assembled and will start with clean faces today and then not touch a razor until November 30.

To donate to the cause or to join a Winnipeg team, visit Movember.com.

Some local teams including ordinary citizens, like Keith Olsen, and corporate teams like CURVE 94.3, Power 97 and Bryan Leach, part of Global Winnipeg’s team, are already on board.

Social media is playing a huge role in the awareness of the campaign this year, so be sure to follow @Movember on Twitter and use #Movember as the hashtag in your tweets. And don’t forget to ‘Like’ the official Movember Canada Facebook page.

We’ll be monitoring the progress of CURVE 94.3’s Jay Richardson again this year, as he lets his whiskers sprout out for charity.