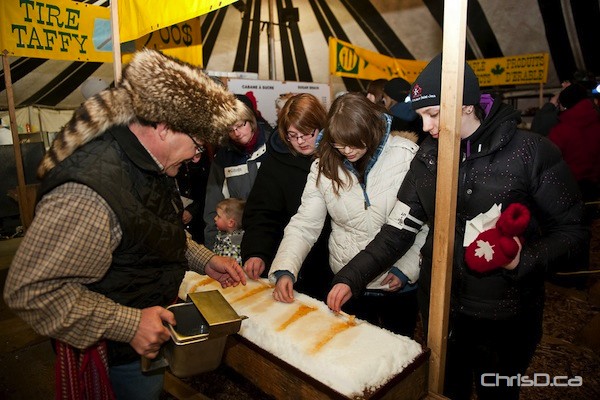 Attendees to the 42nd annual Festival du Voyageur create their own sweet treats in the Sugar Shack on Friday, February 18, 2011. (TED GRANT / CHRISD.CA) 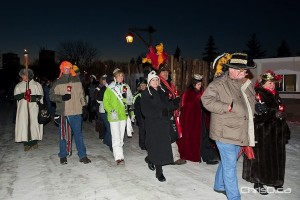 It may have been chilly out on Friday night, but that didn’t stop hundreds of diehards from coming out to enjoy the launch of the 42nd annual Festival du Voyageur.

The fun began with a Torch Light Walk from The Forks, which eventually made its way to Voyageur Park for the opening ceremonies at 6:30 p.m.

Hot 103’s Ace Burpee tweeted earlier in the evening that despite the politicians, CTV weather specialist Jordan Witzel was still the most famous person there.

If the Festival is part of your weekend plans, bundle up in layers, as it won’t get any warmer than -16°C today, with similar temperatures on Sunday and holiday Monday.

Watch for more coverage from Festival du Voyageur throughout the weekend.