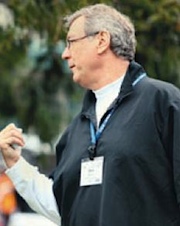 The dismissal on Thursday comes as a surprise to industry insiders, especially considering Sports Radio 1290 will likely be awarded the broadcast contract to cover Winnipeg Jets games. True North Sports and Entertainment hasn’t yet officially made the announcement regarding a TV/radio deal.

A Bell Media spokesperson confirmed Stevens’ termination, but couldn’t say who will be named as his replacement.