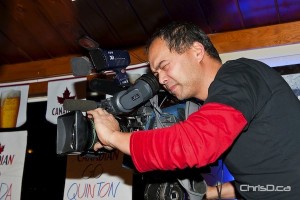 CBC Manitoba is adding to its roster of videographers, posting two separate positions on Monday.

The federal broadcaster is hiring videographers for both English and French programming, both of which require three years of practical and relevant experience, among other qualifications.

The deadline to apply for both of the positions is September 6, 2011.

CBC fun fact: The station does not permit its videographers to bring their gear home, contrary to some other local TV stations. Critics have said this puts the CBC at a disadvantage when it comes to covering breaking news stories.