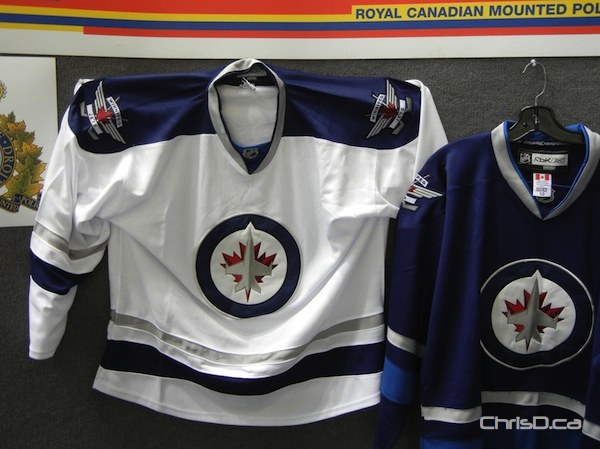 A shipment of counterfeit Winnipeg Jets jerseys were seized by RCMP and the Canada Border Services Agency. (RCMP HANDOUT)

RCMP have seized 40 counterfeit Winnipeg Jets jerseys estimated at about $12,000.

Police say the shipment was seized on August 21 in conjunction with the Canada Border Services Agency.

The jerseys included the team’s new logo and shoulder flashes, but did not contain players’ names or numbers.

RCMP are advising the public to purchase any team products through authorized dealers. The official Winnipeg Jets jerseys have not yet been revealed.

Charges have not been laid in the ongoing investigation, but could be under the Copyright Act and the Trademark and Textile Act.