Home » News » Remains Found Confirmed to Be of Missing Woman

Remains Found Confirmed to Be of Missing Woman 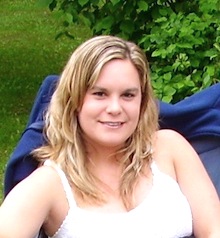 Manitoba RCMP have confirmed the human remains found near Poplarfield on August 27 are those of Nancy Joy Swenty.

The 33-year-old Fisher Branch woman was reported missing on July 28 when she didn’t show up for work at the local Co-op.

Since then, an extensive search has ensued, with led to the discovery of Swenty’s abandoned pickup truck days later. Swenty’s black Co-op jacket was found last weekend by volunteers who were searching the area near where she was last seen.

An autopsy on the remains was conducted on Tuesday, however the cause of death is not being released. RCMP are treating the case as a homicide.

The woman’s family released a statement through police, which read: “We would like to thank to all of the searchers who spent countless hours to bring Nancy home.”