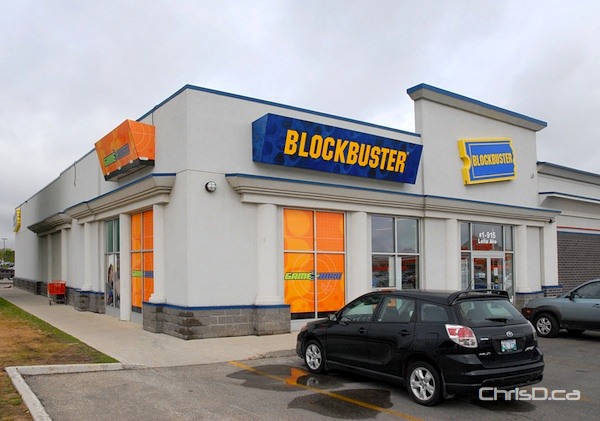 This Blockbuster video store on Leila Avenue will soon shut its doors, along with the rest of the chain's Canadian locations. The company has been put into receivership, and an Ontario judge is expected to grant an order on September 6 to allow the once flourishing video chain to wind down its operations. Earlier this year, Blockbuster Canada said only a handful of its under-performing stores would close. The rise in online and on-demand video rental services has drastically decreased Blockbuster's revenue stream in recent years. Between Netflix, Apple TV and now YouTube Movies -- which launched on Thursday -- it's hard for any traditional movie outlet to compete anymore. (STAN MILOSEVIC / MANITOBAPHOTOS.COM)