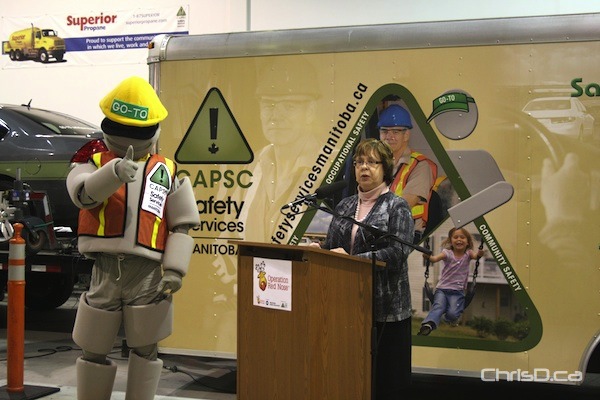 During a news conference at Safety Services Manitoba, CEO Judy Murphy outlined the importance the service provides annually to ensure those celebrating the holidays don’t get behind the wheel after having a drink.

“Operation Red Nose helps Manitobans keep their communities safer during the holidays by giving a free ride home to their neighbours,” Murphy said, flanked by representatives from several partner agencies, including the Winnipeg police and RCMP. “This year we are excited to welcome Arborg and Riverton to the Operation Red Nose family as our ninth location.”

Those who use the service are given a free ride home in their own vehicle. Donations are gladly accepted and help support various youth sporting programs, particularly the Manta Swim Club.

Manitoba Public Insurance increased its funding by $35,000 to $90,000 to ORN to provide for an advertising campaign and increased local host support.

Operation Red Nose opens for calls in Winnipeg (947-NOSE) and most other communities on Friday, November 25 from 9 p.m. to 3 a.m. and wraps up on New Year’s Eve. Other participating Manitoba communities are Brandon, Flin Flon, Gimli, Portage la Prairie, Selkirk, The Pas and Thompson.