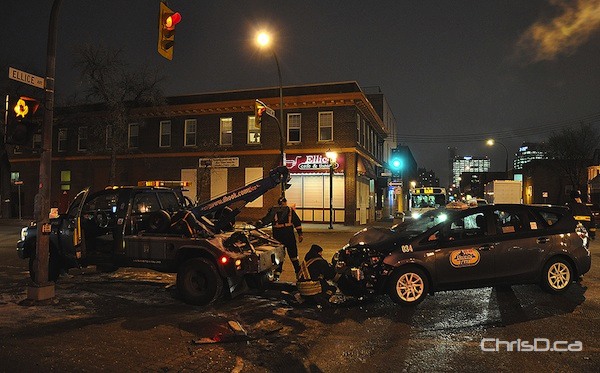 A taxicab is towed away after being involved in a collision with another vehicle at Ellice Avenue and Sherbrook Street on Tuesday, December 13, 2011. (MAURICE BRUNEAU / CHRISD.CA)

The collision between a taxicab and another sedan happened at about 8 a.m. at the intersection of Ellice Avenue and Sherbrook Street.

Two people involved were taken to hospital with non-serious injuries.

The intersection is expected to reopen to traffic after the vehicles are cleared from the scene.