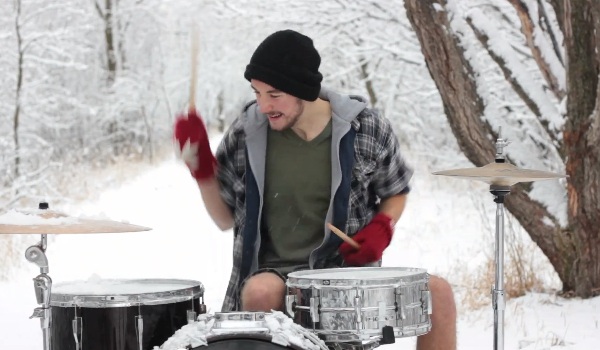 Winnipeg musician and YouTube star Sean Quigley will lend his talents to a charitable cause today, performing at The Bay Downtown, 450 Portage Avenue.

The 16-year-old has received more than one million hits for his rendition and performance of “Little Drummer Boy,” which he uploaded in late November to the video sharing website.

Quigley will perform in-store between 2 p.m. and 4 p.m. Visitors are encouraged to buy a pair of red Olympic mittens (like Quigley wears in his music video), and donate a pair to Siloam Mission. Two pairs of mitts will be on sale for $15. The Bay will donate 240 pairs to the downtown homeless shelter.

Autographed CDs of The Little Drummer Boy will be available for $5.

It’s only the beginning for the Oak Park High School student, who already has a Los Angeles-based agent to handle his business dealings and secure future opportunities.