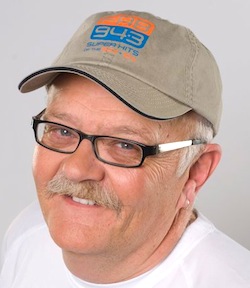 Milroy — part of the “Beau, Tom and Frazier” show weekday mornings on FAB 94.3 — has been working alongside co-host Beau since 1989. The two have remained together on-air throughout station format flips and even company changes, when CHUM was sold to CTVglobemedia in 2007 and later Bell Media just last year.

Milroy began his radio career in Dauphin in 1975.

His last show will be Friday, January 27.