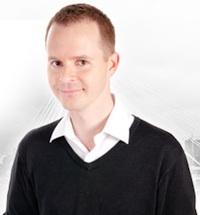 Steve Adams has been let go from Hot 103 as the station’s drive announcer, ChrisD.ca has learned.

Adams was released Wednesday due to “restructuring purposes.”

Station manager Sharon Taylor confirmed the news in an e-mail, calling him a “good guy.”

Adams was a longtime employee of Hot 103, having worked there for nearly nine years after being hired in 2003.

A replacement for the drive shift hasn’t been named.