Home » Photos » Who Doesn’t Love a Box of Cupcakes?!

Who Doesn’t Love a Box of Cupcakes?! 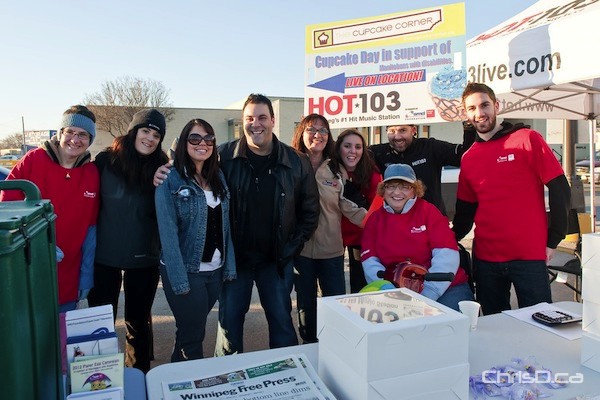 Volunteers were out early Tuesday morning at Confusion Corner selling cupcakes in support of the SMD Foundation/Easter Seals Manitoba. Despite the below freezing temperatures at 7 a.m., organizers said they were off to a good start to begin the three-hour fundraiser. The delicious treats were thanks to The Cupcake Corner, who were selling boxes of a dozen mini cupcakes for $15. (TED GRANT / CHRISD.CA)