Beating Death is City’s 12th Homicide of the Year 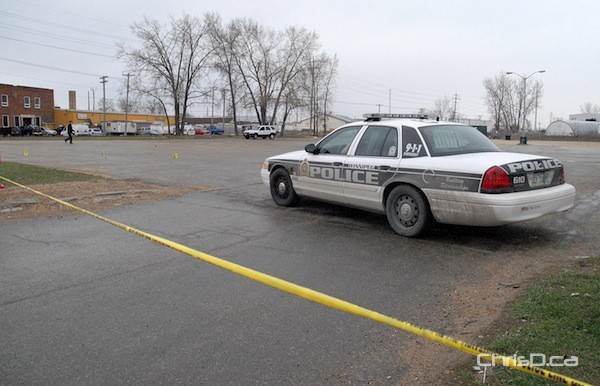 Police guard the scene Friday morning of where a man was beaten to death in the 1300 block of Notre Dame Avenue on Thursday, April 12, 2012. (STAN MILOSEVIC / CHRISD.CA) 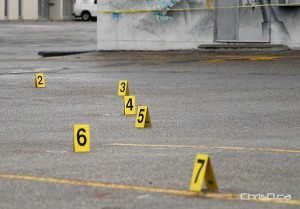 Evidence markers are scattered through a Notre Dame Avenue parking lot where a man was beaten to death late Thursday. (STAN MILOSEVIC / CHRISD.CA)

The incident happened at around 11 p.m. in the 1300 block of Notre Dame Avenue. Police responded to the scene, where they found a man had been beaten.

The victim was taken to hospital in critical condition, but later succumbed to his injuries. The man’s death is the city’s 12th homicide of the year.

Police are continuing to investigate and no arrests have been made.

UPDATE: Saturday, April 14 — The victim has been identified as Michael Charles Parker, 33, of Winnipeg. Police have charged Shane Kenneth Pruden, 40, of Winnipeg, with second-degree murder.