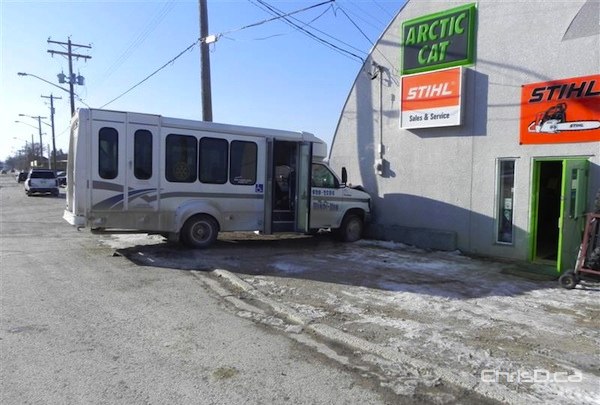 The driver of this handi-van has been charged after the vehicle crashed into a building in The Pas on Thursday, April 12, 2012. (RCMP HANDOUT)

The driver of a handi-van in The Pas is facing impaired driving charges after his vehicle crashed into a building.

RCMP say the single-vehicle collision happened at about 9:30 a.m. on Thursday.

The 64-year-old man driving the van was the only one inside the vehicle at the time. He was taken to hospital for treatment.

The area resident was released from custody and will appear in court at a later date. His name wasn’t released.