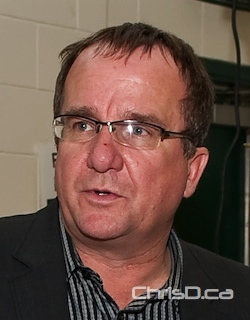 Deputy Mayor and St. Norbert councillor Justin Swandel will call on the province Wednesday to use the $35 vehicle registration increase fee to help fund municipal infrastructure, including rapid transit.

The Manitoba government announced the increase in its 2012 budget last week, much to the disappointment of motorists.

“We have an infrastructure crisis in all Manitoba communities,” Swandel said in a release. “We need to look at creative sources of funding if we ever hope to replace all of the roads, sidewalks, and community facilities across Manitoba that are so clearly showing their age.”

Swandel says the fee would generate an additional $20 million per year from vehicles within Winnipeg.

Swandel’s motion also resolves that the city dedicate its portion to fund debt required to build the second phase of the Southwest Transitway.