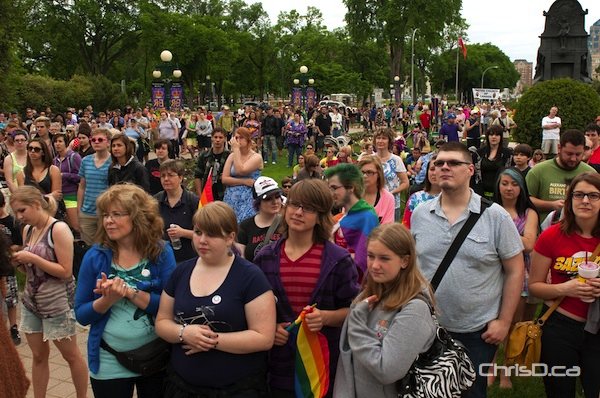 Festivities kicked off at the Manitoba legislature, before the parade made its way down York Avenue and Broadway.

To help mark the anniversary, the legislature was lit up in a rainbow of colours on Friday and Saturday.

Celebrations ended with a dance party at The Forks.

Thousands gather at the Manitoba legislature for the Pride Winnipeg festival on Sunday, June 3, 2012. (TED GRANT / CHRISD.CA)
← Previous: Habitat for Humanity Building a Home in Memorial Park Next: Goldeyes' Season Off to a Stellar Start →
Tags: