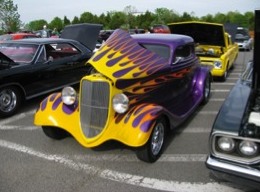 More than 600 vehicles are expected to be on display at the Manitoba legislature and in Memorial Park.

Organizers are also thrilled that the province has designated the month of July 2012 to be Collector Car Appreciation Month. Manitoba joins several states and cities in the U.S. that have already officially recognized the celebration.

The car show will run from 3 p.m. to 9 p.m. with opening ceremonies planned for 6 p.m. on the main stage in Memorial Park.

← Previous: Dog Bites Down Since Legislation Introduced: U of M Study Next: NBA Coming to Winnipeg for Pre-Season Game →
Tags: Cars