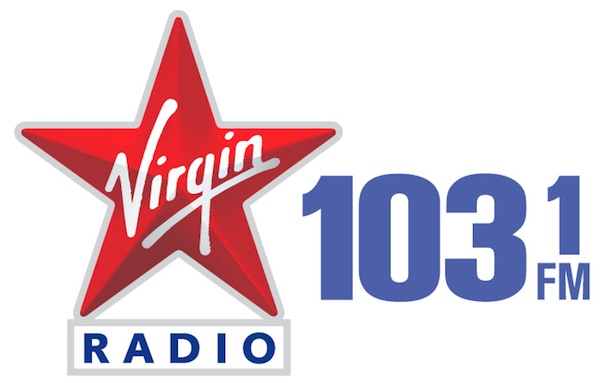 Winnipeg’s most listened to FM radio station ditched its old brand on Friday.

The company has rebranded several of its other stations to Virgin, including in Toronto, Vancouver, Montreal, Edmonton, Calgary, and most recently, London, Ontario.

The format will remain the same, with the station focusing on hit music and featuring star host Ryan Seacrest (syndicated), Canadian DJs Angry Kids, and Ace Burpee to continue as host of the morning show with Chrissy Troy and Lloyd the Intern.

103.1 Virgin Radio will be commercial-free all through the Labour Day weekend as part of the launch.

“Credit has to go to Ace Burpee who started the ball rolling this summer,” said Sharon Taylor, vice-president and general manager of Astral Radio Winnipeg. “Ace is a Richard Branson fan and knew that the values of the Virgin Radio brand matched the values that are also important to Winnipeg. We’re all very excited, a Virgin Radio station in Winnipeg puts us on the Virgin worldwide map, allowing us to bring even more exciting artists, contests and fun to music fans in Winnipeg. We’re incredibly pumped.”

To get ready for the flip, Astral hired Dale Davies in July as its new program director.

The name “Hot 103” had been carried since 1997 under numerous ownerships such as Craig Broadcasting, Standard Radio and Astral Media. Earlier this year, Bell Media announced it would be purchasing Astral, but the sale is still pending and requires regulatory approval.

In the latest ratings book, Hot 103 held a 9.1 share during the spring period.