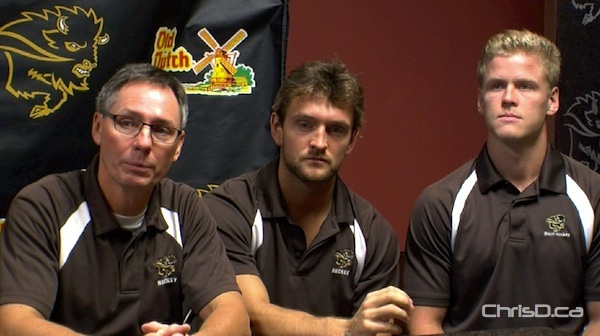 The U of M Bison men’s hockey team is opening up their regular Canada West season on the road this weekend.

Manitoba named their 2012-13 team captains on Tuesday, with defenceman Dane Crowley named team captain for the first time with the Bisons. Alternate captains will be forwards Tyler Dittmer, Blair Macaulay and Matthew Lowry.

The No. 2-ranked Bisons head into Edmonton to face the No. 3-ranked University of Alberta with three pre-season wins under their belt. The Herd defeated Regina in three separate games — suffering their only loss in the first tilt of the pre-season against Saskatchewan back on September 14.

“We’ve got a really strong rivalry with those guys (Alberta),” Bisons head coach Mike Sirant said. “We’ve had recent success there in the past and we’re looking forward to the challenge.”

“We’re very pleased with what we’ve seen from the guys that have stepped in and replaced players. So far the players have done very well and there’s no reason to think they can’t fill those holes.”