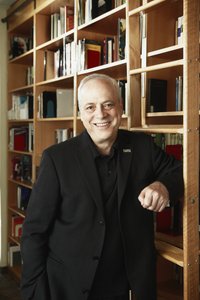 The artistic director of the Royal Manitoba Theatre Centre will be invested into the Order of Canada on Friday.

Steven Schipper has been part of Winnipeg’s creative community for more than 20 years. Schipper is a champion of Canadian plays and local talent, providing opportunities for actors and audiences alike through such venues as the Winnipeg Fringe Theatre Festival, the Master Playwright Festival, and youth programming.

Governor General David Johnston will preside over the ceremony at Rideau Hall in Ottawa, which recognizes individuals for a lifetime of outstanding achievement, dedication to the community and service to the nation.

Along with Schipper, 43 other individuals will also be invested.