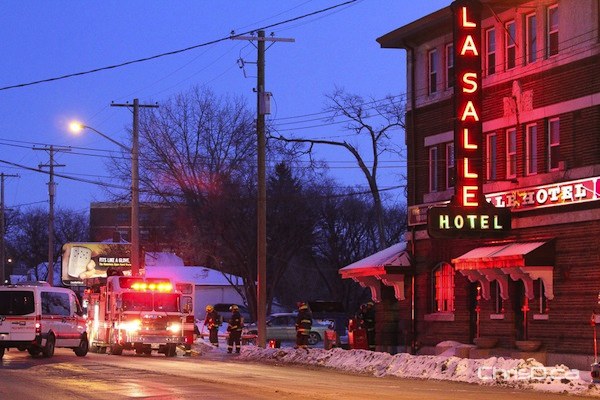 Guests evacuate the La Salle Hotel on Saturday, December 29, 2012 after a fire broke out in a suite. (HOWARD WONG / FOR CHRISD.CA)

Guests at a Nairn Avenue hotel were forced outside on Saturday after a fire broke out.

Firefighters were called to the La Salle Hotel at around 4:30 p.m.

The fire began in an upper level suite and caused an estimated $40,000 in damage.