Mid-Week Hockey Show to Keep Fans in the Loop 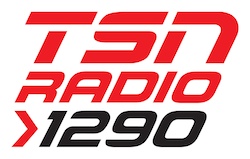 Hockey fans who want to be kept up-to-speed on the latest happenings around the NHL will appreciate a new show debuting on TSN Radio 1290.

“NHL Mid-Week with the Illegal Curve Hockey Show” will begin February 6 and run every Wednesday thereafter from 6 to 8 p.m.

The show, hosted by Drew Mindell, will keep hockey fans in the loop on the Winnipeg Jets, along with news from the 29 other NHL cities.

Analysts Richard Pollock and Ezra Ginsburg will also contribute to the mid-week show.