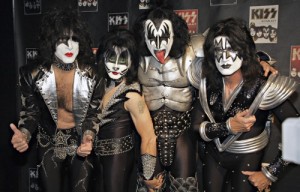 According to the website of KISS frontman Gene Simmons, the rockers are headed to Manitoba this summer.

A post on GeneSimmons.com says KISS will play Brandon on July 18 and Winnipeg on July 22. No venues are listed on the website.

Nothing official has been announced by the concert promoter confirming the Canadian tour dates.

Simmons was awarded Winnipeg’s key to the city in June 2011.

UPDATE: The website has since removed the Manitoba dates.