‘Ghostbusters’ Begins Ode to ’80s at Movies on Memorial 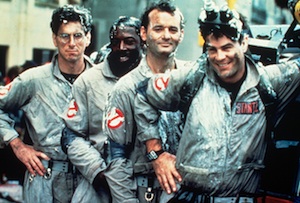 Ghostbusters will kick off ‘Movies on Memorial’ August 6. (DOWNTOWNWINNIPEGBIZ.COM)

Memorial Park will be the scene for six movies in August when the curtain rises on the Downtown Winnipeg BIZ’s Movies on Memorial series.

The outdoor movie screenings will begin August 6 with “Ghostbusters” — just one of many 80s-themed flicks to run.

“Memorial Park, one of downtown’s most cherished green spaces, is ready for its close-up,” said Stefano Grande, executive director of the Downtown BIZ. “What better way to spend an evening downtown than with friends and family on a blanket watching a great film and enjoying live entertainment?”

In case of rain, the film will be screened on the following Wednesday.

Pre-movie activities will include costume and dance contests and live entertainment. Activities start at 7 p.m., followed by each movie screening before dusk. Concessions will be available to movie-goers.