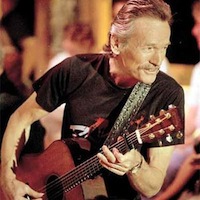 Singer-songwriter Gordon Lightfoot will be honoured by some of Winnipeg’s finest musicians at the West End Cultural Centre to mark his 75th birthday.

Carefree Highway — A Winnipeg Tribute to Gordon Lightfoot is set for Friday, December 6.

While you’ll certainly hear some of Gordon’s hits, song selections are being steered towards some of his lesser-known gems.

Tickets are on sale now for $22 through the WECC, Ticketmaster, Winnipeg Folk Festival Music Store and Music Trader. Or buy them at the door for $27.