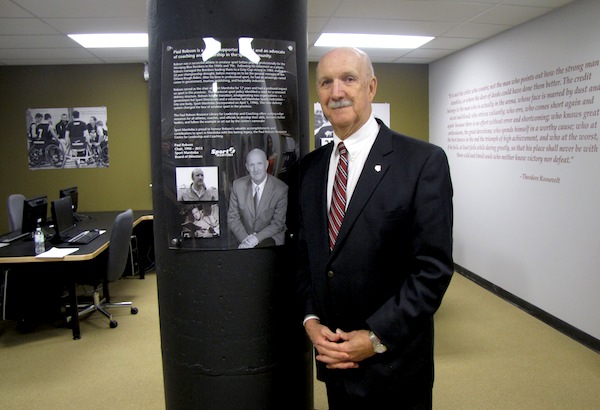 The former board chairman of Sport Manitoba was honoured Friday for his accomplishments and lasting legacy.

Paul Robson recently retired from his position and served as the chair of the organization for 17 years.

The Paul Robson Resource Library for Leadership and Coaching offers cutting-edge resources for all athletes, coaches, and officials to develop their skills, become better leaders, and follow the example as set out by the centre’s namesake.

Robson was a successful athlete in amateur sport before playing professionally for the Winnipeg Blue Bombers in the 1960s and ’70s. Following his retirement as a player, Robson managed the Bombers leading them to a Grey Cup victory in 1984. After his time in professional sport, he had a varied career in government, tourism, publishing, and hospitality industries.

Jeff Palamar took over as the new board chairman on October 23.