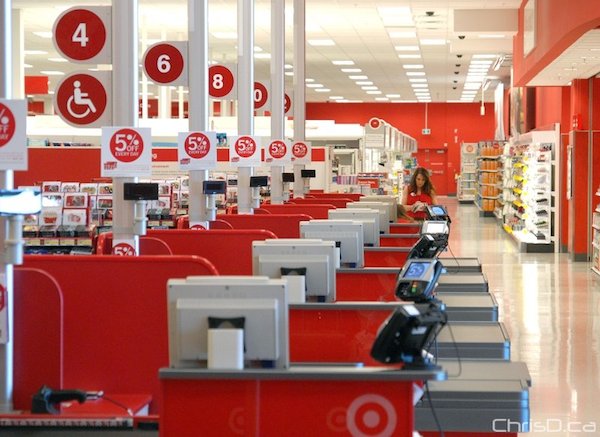 Target is set to open another batch of its Canadian stores months after first debuting north of the border.

Grant Park Shopping Centre’s long-awaited Target will open to the public on November 13 — the last of the Winnipeg stores to open.

Thirty other Canadian Targets will open the same day, with two more locations opening on November 22. Additional stores opening beyond 2013 will be announced at a later date to complete the chain’s rollout.

“The final store openings for this year mark a major milestone in Target’s history,” said Target Canada president Tony Fisher in a release. “The goal for our Canadian expansion was to open 124 stores across all ten provinces in 2013, and we are proud to say that with the help of more than 20,000 Canadian team members nationwide, we have accomplished this unprecedented undertaking.”

The majority of the 33 new locations will feature a Starbucks outlet, as well as an in-store pharmacy.