The majority of Manitobans recently surveyed say the province is headed in the wrong direction under the Selinger government’s leadership.

“Manitobans are optimistic by nature, but are having trouble feeling good about the future,” Pallister said. “This poll confirms what we’ve been hearing from Manitobans through our consultations with them. Excessive taxation is to blame for low optimism.”

The Tories also recently released another poll, suggesting 77 percent of Manitobans oppose the PST hike on July 1 to 8 percent.

The polling was conducted by NRG Research. See complete results below. 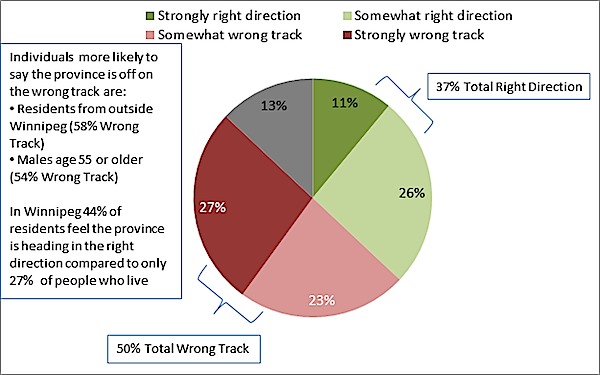