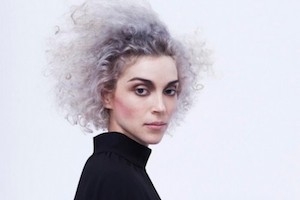 The first artist to perform at this year’s TD Winnipeg International Jazz Festival has been unveiled.

St. Vincent, aka Annie Clark, will perform June 22 at the Burton Cummings Theatre with guests.

Called a sonic trailblazer, Vincent released her third album 2011, Strange Mercy, called “one of the year’s best” by the New York Times and “something to behold” by Pitchfork.

Tickets to the show are $32 and go on sale Thursday, March 6 at 10 a.m. through Ticketmaster and Jazz Winnipeg.

The complete lineup for the 2014 festival will be announced Saturday, April 5.