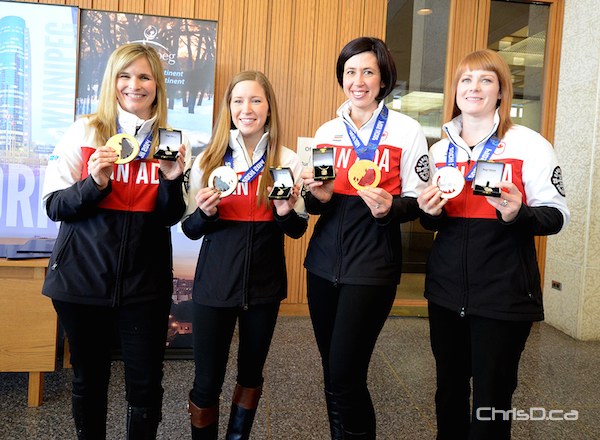 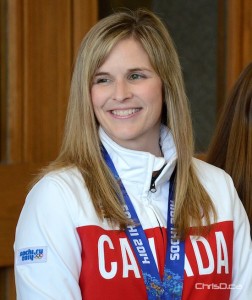 The Jennifer Jones curling rink was honoured at City Hall on Thursday by Winnipeg Mayor Sam Katz and the Royal Canadian Mint.

Jones and her team from the St. Vital Curling Club won gold at the Sochi 2014 Winter Olympics after going undefeated.

“Team Jones was outstanding at the 2014 Olympic Winter Games in Sochi,” Katz said. “They impressed the entire nation and made Olympic history by remaining undefeated throughout the Games. We are all proud of Team Jones for bringing home the gold and for how well they represented us — as athletes and as ambassadors for the city.”

The Royal Canadian Mint presented a framed 2014 Lucky Loonie to Katz to congratulate the community for their support of the team.