Mint to Reissue ‘Lucky Loonie’ to City After Typo 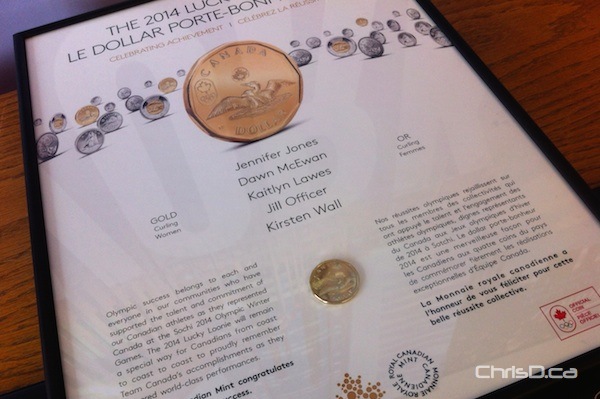 The Lucky Loonie issued by the Royal Canadian Mint to the City of Winnipeg on Thursday, March 13, 2014. (STAN MILOSEVIC / CHRISD.CA)

There was an awkward moment on Thursday when the Royal Canadian Mint made a presentation to the City of Winnipeg with a typo on the award.

A framed 2014 Lucky Loonie was presented to the city to recognize its support for the hometown Jennifer Jones curling team, who won gold at the Sochi Olympics.

The name of the team members listed included the misspelling of Dawn McEwen as “McEwan.”

A corrected version of the frame will be given to the city next week, Mint spokesperson Christine Aquino said in an e-mail. It will also include the name of the team’s coach, Janet Arnott.