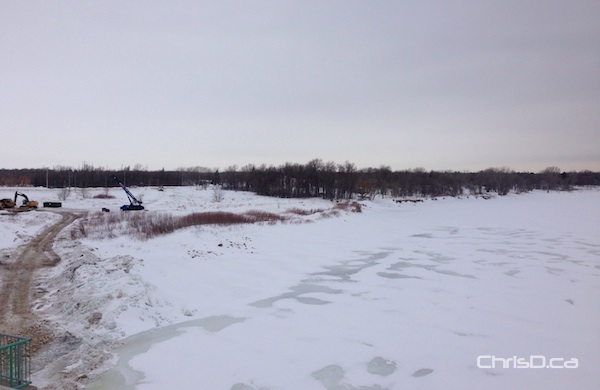 Recent snowfall in North Dakota and Minnesota has increased the risk of flooding on the Red River south of Winnipeg.

The province on Friday adjusted its outlook, which is now pointing to the predicted unfavourable weather conditions and could result in minor to moderate flooding. As indicated in the March outlook, river levels from Emerson to Winnipeg could be slightly higher than levels observed in 2008 and 2012.

Forecasters say unless a major storm hits in the coming weeks, Highway 75 will not be affected by flood water to the point where it has to close. However, there’s still a 10 percent chance that Red River flows exceed the forecast unfavourable conditions. Only then would the Red River Floodway need to be operated.

Minor flooding is expected to occur on small tributaries such as the La Salle, Rat and Morris rivers, and Buffalo Creek.

Conditions on the Winnipeg River are also facing the unfavourable weather scenario, but major flooding isn’t expected if the weather cooperates.