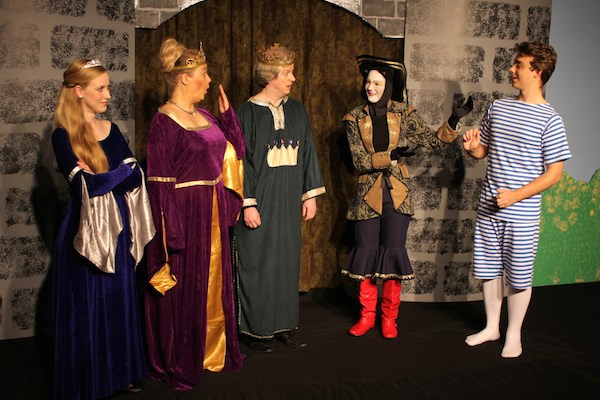 Puss in Boots will run at the Winnipeg Fringe Theatre Festival July 17-27. (HANDOUT)

A production of the Charles Perrault classic “Puss in Boots” will play during the Winnipeg Fringe Theatre Festival beginning next week.

The only classic children’s theatre fairy tale being presented in the 2014 festival, the 55-minute play is geared for ages three and up.

Filled with audience participation, young play-goers help defeat the town ogre before a poor miller’s son can marry his princess — all masterminded by a talking cat.

Merlyn Productions Theatre Company is presenting the production July 17 to 27.

Admission is $10 for adults, or $5 for kids under 12 and Fringe Festival volunteers. “Puss in Boots” will play in Venue #4 – Alloway Hall (Manitoba Museum).