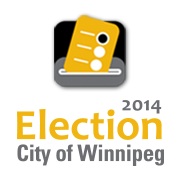 Those eager to cast their ballot in the 2014 civic election can do so beginning today.

The City of Winnipeg has set up advance polling stations at City Hall, local shopping malls and universities.

Advance voting during the 2010 election was credited with raising voter turnout by about 10 percent.

Those who vote before election day on October 22 should bring a piece of photo ID with them.