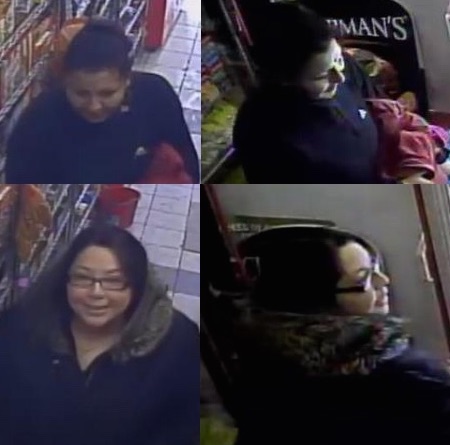 Police are looking for two women (top, bottom) who allegedly broke into a Winnipeg store and made off with $15,000 worth of Canada Goose winter jackets. (WPS / HANDOUT)

UPDATE: The two suspects have since been located.

On November 16, a store in the 2000 block of Corydon Avenue had its front window broken, where the suspects made off with an estimated $15,000 in merchandise.

Two female suspects have since been identified and police are asking the public help identify them.