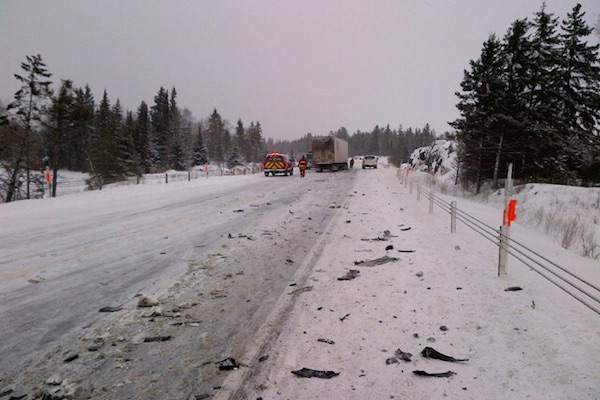 The collision on Highway 1 happened at around 10:30 a.m. Wednesday near Barren Lake at the turnoff to Falcon Lake.

Police say the semis collided head-on and debris is strewn across the highway.

Neither of the out-of-province men driving the trucks were injured.

About half a kilometre away from the crash, a semi-trailer truck jackknifed and is blocking the highway. A traffic detour is in effect.

Icy roads and high winds are considered factors in the crashes.