Deal Closes on Sale of St. Regis Hotel for $4M 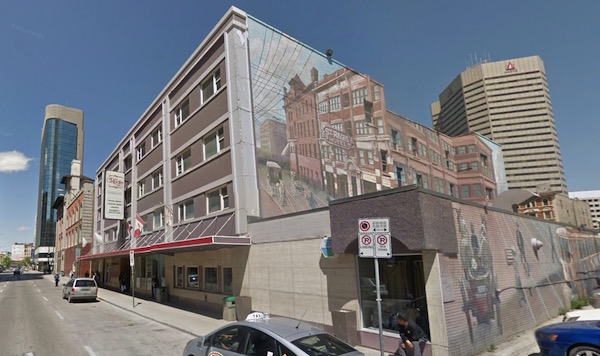 The St. Regis Hotel at 285 Smith Street, along with an adjacent parking lot, has been sold for $4 million. (GOOGLE STREET VIEW)

CentreVenture has closed the deal on selling the St. Regis Hotel in downtown Winnipeg.

The $4 million sale to Fortress Real Developments Inc. and 6566074 Manitoba Limited clears the way for redevelopment plans on the site.

The sale also includes a small surface parking lot on Garry Street to Venexo Corporation for $650,000. It will be used for the Norris Block project as part of plans by The Pint Public House & Sports Bar.

“Today’s announcement is a step forward in developing a positive plan for the St. Regis properties and the block surrounding it,” said Angela Mathieson president and CEO of CentreVenue. “The Pint is already a great addition to the neighbourhood and Fortress’s proposal for the hotel site supports the exciting vision we see for the SHED.”

A 625-stall parking structure will also be constructed as part of the deal to accompany the commercial/retail complex adjacent to the SkyCity development.