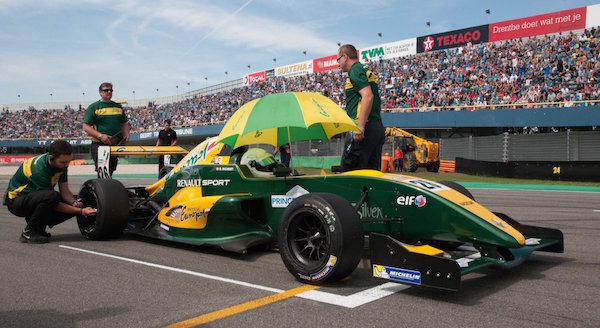 A Manitoba race car driver was the lone representative for Canada over the weekend at the TT Circuit Assen in Holland.

David Richert raced in front of a record-setting crowd of more than nearly 90,000 for the Gamma Racing Days and the Renault 2.0 Northern European Cup races.

“It was an absolute blast to be part of a weekend like this. By 10 in the morning the grandstands around the circuit were already completely full and to see everyone waving at you after the race was a special feeling,” Richert said.

“It’s a great reminder that I’m extremely privileged to be able to do what I am doing.”

Richert maintained a solid pace until the tenth lap, when he experienced a slight lock-up of the right front tire and went off the edge of the race circuit.

Richert’s next race event will be September 18-20 at the Nurburgring in Germany.